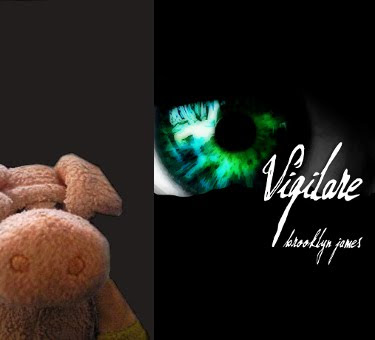 What is it about:
Where One System Fails, Another Never Gives Up!

Detectives Gina DeLuca and Tony Gronkowski investigate a string of murders among Vanguard's most loathsome population, rapists and pedophiles. With fed up citizens, the city is on the verge of a vigilante uprising in support of their seemingly superhuman Vigilare with the sparkling emerald green eyes.

Friend or foe, Vanguard Police Department has a job to do in bringing the vigilant one to justice, causing their own internal battle with right and wrong, immoral and just. Following their leads, Detectives DeLuca and Gronkowski find themselves pulled into a mysterious world of super blood and super powers, and closer to the Vigilare than ever expected.

It's a race to the finish between Detectives DeLuca and Gronkowski and the Vigilare to figure out who she is and why she exists. The first series in a Trilogy. Vigilare-the one who watches over-comes to light.

Advisory: In order to be true to content and characters, some scenes contain harsh language and attempted rape/physical violence. Such scenes are handled with care and tact in propelling the prevailing storyline.

What did I think of it:
This was a really cool read.

When I started reading Vigilare and discovered it was in present tense I was a bit apprehensive, but I soon discovered that James' choice for present tense was a good call for this story. It created a distance that gave this supernatural story a more realistic mood.

The story is both suspenseful and intriguing. It explores the concepts of good and evil and all the grey areas in between in a way that has you invested in the story and that makes you think.

The first part of this story is full of action while Gina and Tony try to catch this Vigilare. Then the mood and pacing chance and we get a better view on who and what Vigilare is and people are trying to decide what to do with Vigilare. I really liked this part of the story as it's here that you get stimulated to think about things and to pick a side. (And it has a trial! I will confess I have a weakness for trial/courtroom scenes.) And just when I had come to my own conclusions about Vigilare, the action started again and my ideas were rattled.

The ending left me a bit flabbergasted and eager to know what will happen next.

All in all this is a story that keeps you on your toes. I most probably will give the second book a try if I can fit it in somewhere in my huge tbr-pile.

Why should you read it:
It's a cool and suspenseful read

Thank you for taking the time to read and review. Glad you liked it! Hope the second one will prove as entertaining :) Cheers to you!

Nice review Sullivan! I have put this on my wishlist, although I am not so sure yet about the violence that is warned for. What did you think of those scenes?

Hi Aurian. If I may share a review addressing that very concern:

"If there is something in which James exceled, it has to be the way she treated her subject matter. Scenes of attempted rape and physical violence abound, but they're always carefully and tactfully done. Instead of going for the cheap thrills and shock value, the author gently deconstructs a sad reality and unflinchingly exposes the psychological devastation that such an experience can bring. Likewise, James managed to write a very sexy novel without having to rely on the pornographic writing or the "ardor in her loins" writing that some romance novels seem to be so fond of."