The Interpretation of Murder - Book Review 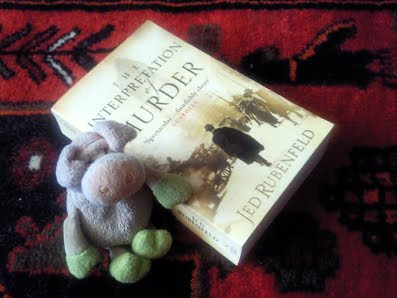 The Interpretation of Murder by Jed Rubenfeld

What is it about:
Despite the outward success of his visit to the USA, Sigmund Freud always spoke as if some trauma had befallen him there. He blamed the country for physical ailments that afflicted him long before his visit. Freud's biographers have been bemused by his reaction, wondering whether some terrible unknown event might have happened in America that could explain this. The Interpretation of Murder is strikingly written literary thriller constructed around Freud's American visit. An attractive young debutante is discovered bound, whipped and strangled in a luxurious New York apartment and another society beauty narrowly escapes the same fate. But nothing about the attacks--or the victims--is as it seems.

What did I think of it:
I bought this book because I thought it would have Freud solving murders, but in that I was disappointed. Instead of Freud being a lead character he's more of a bumbling minor character, giving ocassional advice to the lead character Dr. Stratham Younger. That setback aside this is a nice murder mystery I must say. It's nicely written, has lots of suspense going on and things aren't all what they seem (as it should be in a decent mystery).

Why should you read it:
It's a very decent murder mystery.

I was vaguely disappointed in this book as well. I know that, because I have completely forgotten everything except the climactic scene. I do remember thinking that it wasn't a waste of those hours of my life, but I knew it wasn't something I'd want to treasure.

I have no real interest in Freud so I don't think him being a minor character would bother me. However, I don't think this one will go on the "To Be Read" list.

@Birdie: I'm doing fine. Been lurking mostly on other blogs as I've been recovering from all the renovation stress, but hope to be back to my normal blog behaviour soon.