A Bookish Box from D.E. Night 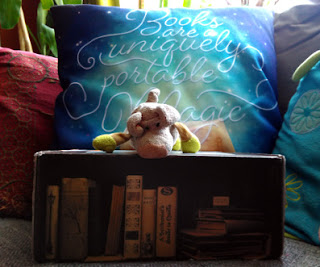 I received a Bookish Surprise this week from D.E. Night.
I must say I immediately fell in love with the box. 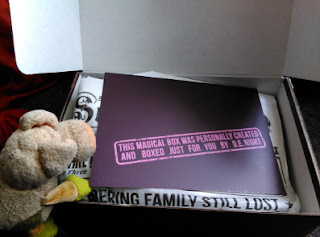 It's a Magical box!
How exciting. 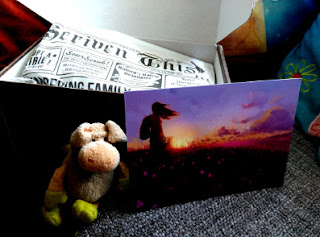 This beautiful picture was on the back of the card. 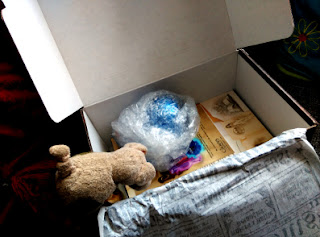 Let's see what else is in the box. 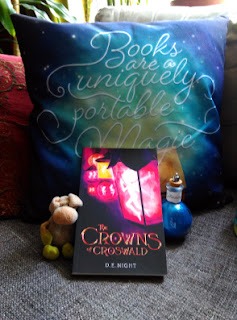 A signed ARC of D.E. Night's upcoming book The Crowns of Croswald and a pretty blue bottle.

There was also a letter from D.E. Night as well. 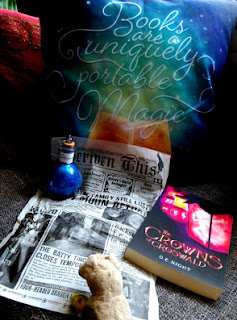 The packing paper was a newspaper which had some intriguing headlines.
I can't wait to start reading the book! 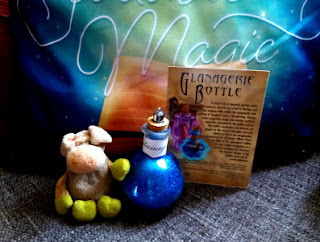 The bottle is a Glanagerie Bottle.
According to the card that came with it "Glanageries are the ultimate potion of the mind. Where ideas, dreams, fears, and magic simmer together for out-of-this-world experiences." 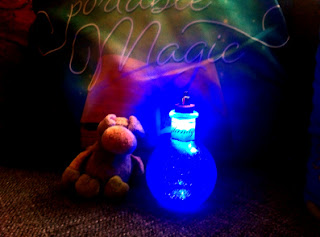 
Keep an eye out for my review of The Crowns of Croswald!


About the book:
In D.E. Night’s debut novel, The Crowns of Croswald, magic sparks around every corner in a kingdom ruled by a dark queen. Ivy, a young orphan living in the Kingdom of Croswald discovers that she has powers of her own. She enrolls at the Halls of Ivy, a school where young students learn to master their magical blood and the power that Croswald’s mysterious gems can wield. Unfortunately, Ivy’s schooling – and her life – is threatened by the evil queen and her henchmen. As Ivy tries to unearth her past and save Croswald’s future, a fantastical adventure ensues.

oh yes the box itself is wonderful...normally mine is on teh way so i'm even more excited now
thanks for sharing teh surprise with us