Today I have Merrie Destefano dropping by with a guest post.
Her newest book Lost Girls released on January 3rd, 2017 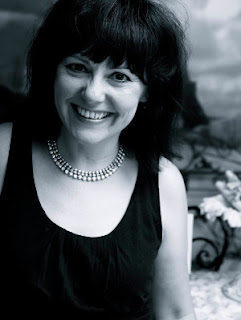 I love writing and I very rarely turn away from an idea once it's been fully sketched out. Both AFTERLIFE and FEAST were adult novels because at that time, that was what I was reading. Then a fellow writer in my writer's group, Rachel Mark (author of DARKNESS BRUTAL) kept talking about YA books. She'd give me books to read or suggest books. We'd spend hours wandering through bookstores looking at new books and it didn't take long before I saw the beauty in young adult fiction. It had this sparkle that adult fiction didn't have. If I had to define it, I'd say that YA allows a writer more opportunity to write a literary story, which is what I love. I also feel like YA books have a strong emotional core. What the characters are feeling is as important as what they are thinking. I may have over-simplified that, but it's why I connect with them.

I'm an extremely emotional person and, to be honest, I feel like I've never truly grown up. I feel like I can relate to sixteen and seventeen-year-old people because there's this part of me that will never forget what it was like to be that age. Junior high and high school were not easy for me. Not because of the subject matter, although I wish I could have taken more English and art classes. Rather because of the student socio-economic structure. My parents weren't as rich as the parents of most of my schoolmates. I came from a blue-collar background, but I was surrounded by white-collar kids. It took me a long time to find a place where I fit in and, not surprisingly, that was with a rather rebellious group. So there's a lot of 'me' in Lost Girls. I felt very lost as a teen.

As hard as that experience was, I think it gives me an understanding for what many teenagers go through. I know now that we all feel like we don't belong at one time or another. There are a thousand stories that can be written that deal with how someone might try to compensate for the feeling of being an outsider. Even though I've written a few YA novels (some of them not published at this point), I'm just beginning to explore the writing landscape of what it means to be a teenager. There are all the classic coming-of-age themes, but so many more besides that. The good girl who falls for the bad boy. The bad boy who no one thinks can be redeemed. The runaway, the drug addict, the girl who goes to Mars by accident. LOL. Okay, I'm not actually writing a book about a girl who went to Mars by accident. But it would be fun to try! 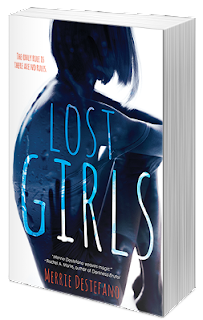 Fight Club meets Black Swan—Rachel wakes up in a ditch to find she doesn’t remember the last year of her life, and that everything—including herself—is vastly different than she remembers.

Yesterday, Rachel went to sleep listening to Taylor Swift, curled up in her grammy’s quilt, worrying about geometry. Today, she woke up in a ditch, bloodied, bruised, and missing a year of her life.

She doesn’t recognize the person she’s become: she’s popular. She wears nothing but black.

Black to cover the blood.

And she can fight.

She’s not the only girl to go missing within the last year…but she’s the only girl to come back. She desperately wants to unravel what happened to her, to try and recover the rest of the Lost Girls.

But the more she discovers, the more her memories return. And as much as her new life scares her, it calls to her. Seductively. The good girl gone bad, sex, drugs, and raves, and something darker…something she still craves—the rush of the fight, the thrill of the win—something she can’t resist, that might still get her killed…

The only rule is: There are no rules.


About the author:
CURRENTLY A FULL-TIME NOVELIST and magazine editor, Merrie Destefano’s next novel, LOST GIRLS, releases on January 3, 2017. Her other novels include AFTERLIFE and FEAST, both published by HarperCollins, and FATHOM, which was self-published. The editor of Victorian Homes magazine, she has also been the editor of American Farmhouse Style, Vintage Gardens, and Zombies magazine, and was the founding editor of Cottages & Bungalows magazine.

With 20 years experience in publishing, she worked for a variety of publishing/broadcasting companies that include Focus on the Family, The Word For Today, and PJS Publications (now Primedia). Besides editing and writing, her background includes print buying, writing/producing radio promos, directing photo shoots, developing new products, writing jacket copy for books, creating sales media packets and organizing direct mail campaigns.

Born in the Midwest, she currently lives in Southern California with her husband, two German shepherds, a Siamese cat and the occasional wandering possum. Her favorite hobbies are reading speculative fiction and watching old Star Trek episodes, and her incurable addiction is writing. She loves to camp in the mountains, walk on the beach, watch old movies, listen to alternative music—although rarely all at the same time. 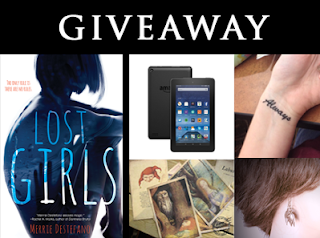 
Or go to rafflecopter

I'm reading this right now. I love the suspense in Rachel's life here. I keep thinking of how life can so easily change in one year at this age. I know mine did.