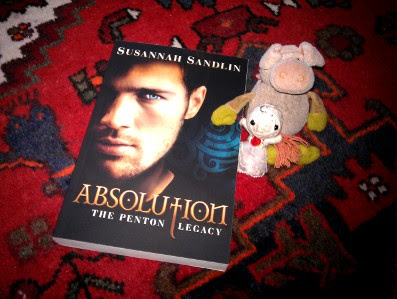 What is it about:
With the vampire world on the brink of civil war over the scarcity of untainted human blood, battle lines are being drawn between the once peaceful vampire and human enclave of Penton, Alabama, and the powerful Vampire Tribunal. Mirren Kincaid once served the tribunal as their most creative and ruthless executioner—a time when he was known as the Slayer. But when assigned a killing he found questionable, Mirren abandoned the tribunal’s political machinations and disappeared—only to resurface two centuries later as the protector and second-in-command of Penton. Now the tribunal wants him back on their side.

To break their rogue agent, they capture Glory Cummings, the descendant of a shaman, and send her to restore Mirren’s bloodthirsty nature. But instead of a monster, Glory sees a man burdened by the weight of his past. Could her magic touch—meant by the tribunal to bring out a violent killer—actually help Mirren break his bonds and discover the love he doesn’t believe he deserves?

What did Voodoo Bride think of it:
This book is even better than the first!

I already loved Mirren in Redemption, but in this book he's magnificent (and he's got a goatee!). He's a very intriguing man with a horrifying past that left its scars.

Glory is a really great character as well. They fit each other perfectly and the romance between them was more than delicious. I liked how Glory has a very leading role in the two of them getting together. The scenes between Mirren and Glory were tense, romantic and emotional at times.

The action story line was intense and really cool. Although you can read this book as a standalone, the action story line was a continuation of the first book and things escalated even further. Sandlin again did a great job with the world building and I can't wait how things will resolve themselves in book three, which will be the last in this series sadly enough.

This book is a keeper and I'll be rereading it for sure. And of course I need to get book three once it releases next month.

Why should you read it:
It's got a delicious romance and really cool action.

I loved this book. I recently finished Omega and really enjoyed that one too. This series has become one of my favorites!

Nice review Voodoo Bride! I need to get started on this series, it is on my shelves. So glad you loved it.

I really really need to post my review about this one. Can't wait to read omega!