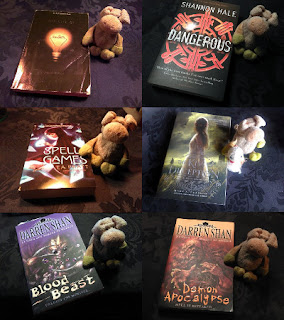 I'm still having trouble concentrating, so I picked up easy reads in November. It turned out a lot of those reads were Orphans, so I read six books that were on my shelves for more than three months.

The City of Ember has been on my shelves since July 2015
Dangerous since January 2017
Spell Games since February 2016
The Kiss of Deception since early August 2017, making it a very recent Orphan
Blood Beast since September 2016
Demon Apocalypse since December 2016

All in all a good month for my orphaned books.

How did you do in November?