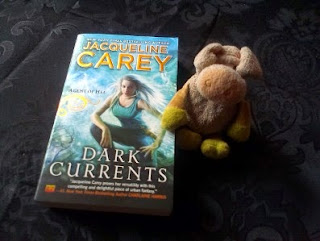 What is it about:
The Midwestern resort town of Pemkowet boasts a diverse population: eccentric locals, wealthy summer people, and tourists by the busload; not to mention fairies, sprites, vampires, naiads, ogres and a whole host of eldritch folk, presided over by Hel, a reclusive Norse goddess.

To Daisy Johanssen, fathered by an incubus and raised by a single mother, it’s home. And as Hel’s enforcer and the designated liaison to the Pemkowet Police Department, it’s up to her to ensure relations between the mundane and eldritch communities run smoothly.

But when a young man from a nearby college drowns—and signs point to eldritch involvement—the town’s booming paranormal tourism trade is at stake. Teamed up with her childhood crush, Officer Cody Fairfax, a sexy werewolf on the down-low, Daisy must solve the crime—and keep a tight rein on the darker side of her nature. For if she’s ever tempted to invoke her demonic birthright, it could accidentally unleash nothing less than Armageddon.

What did I think of it:
This is a fun read.

I loved the word building in this book. It's very diverse and even though it lends from all kinds of mythologies it felt unique.

Daisy was a cool character with an interesting back-story. She of course does attract the attention of multiple men, because she's so special, but it wasn't annoying. The annoyance will probably come in upcoming books when she will pick the wrong guy(s) in my opinion.

That aside: The story was both funny and suspenseful. I kept trying to guess what would happen next, and how Daisy would solve things. I loved how a lot of different supernatural creatures get involved and introduced. I especially liked the ghouls, and Daisy's friend Lurine.

Although the murder mystery is resolved in this book, there are some things happening in this book that lend themselves for more intrigue and suspense for the next book, so you bet I will be getting my trotters on it to find out what's next for Daisy.

Why should you read it:
It's an entertaining Urban Fantasy read.

I really enjoyed this one as well, book 2 too but I need to buy book 3 now.