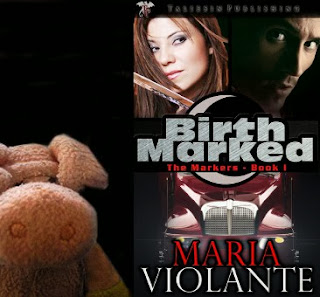 What is it about:
Charlie Kale knows life isn't easy. But for the first time, this truck driver might have finally found her little piece of happiness. She's got it all—her big rig, friends, a great mentor, and a man about to join her on the road.

That is, until the good things in Charlie's life all fall apart, and she finds herself at the mercy of a sexy but mysterious gunman who claims to be a member of a secret order dedicated to fighting the supernatural monsters that filter over into our world.

She's given a choice—join up or die, and while the gunman might be insane, Charlie’s hell-bent on not dying.
Too bad it looks like that might not be an option.

What did I think of it:
This is a very cool read.

Charlie is a sympathetic heroine and the things that happen to her make that you root for her and want her to succeed. I like how she isn't a kick-ass heroine. She's an average woman who gets thrown into events she isn't prepared for.

I was pleasantly surprised by the secret order that Charlie gets roped into. In most stories secret orders who fight evil are all about being good and heroics and stuff like that. I liked that Violante shows that orders like that can have their negative and even dark sides. From bland oatmeal for breakfast and tiring lessons in self defense, to conspiracies that might get Charlie killed: the order is no picnic.

The story is suspenseful and interesting. I really liked Violante's take on superatural monsters. It was original and a bit creepy at times.

The ending is quite cliffhangery and there's lots of hints as to what might come next. I for one will keep an eye out for the sequel because I'm very curious what the future will bring for Charlie.

Why should you read it:
It's a cool Urban Fantasy read.

Ooo I have this one, so glad you enjoyed it Sullivan! Going to read it soon.

Sounds good. I usually read the kick butt heroines, but it's nice to get a calmer and maybe real? person once in a while. I'm curious. Thank you!