An Interview with Darynda Jones + Giveaway

Today Darynda Jones visits our blog for an interview. Darynda writes the Charley Davidson series for adults and the Darklight series for Young Adults. 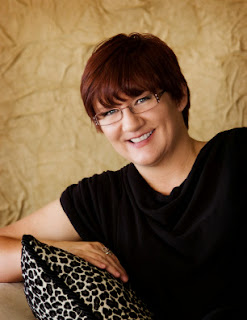 Welcome to Pearls Cast Before A McPig, Darynda.
Could you tell a bit about yourself for those people who don’t know you yet?

Absolutely! My name is Darynda Jones and I write the Charley Davidson series, a paranormal mystery/urban fantasy story about a female private investigator who was born the grim reaper. Like my heroine Charley, I live in New Mexico. I’ve been writing for many years and sold my debut book, First Grave on the Right in 2009. First Grave also won some pretty big awards, including a Golden Heart, a RITA, and a Dahpne du Maurier. I also have a young adult series out called the Darklight Trilogy. In 2012, I hit the NY Times best sellers list for the first time. It was very exciting.

You have two series: the Charley Davidson series for Adults and Darklight for Young Adults. Are the two series connected or they set in different settings/worlds?

Confession time: I wrote Death and the Girl Next Door, the first in the YA trilogy, several years ago and, figuring it would never sell, I stole a lot of the storyline and put it in the Charley Davidson series. Yes, I cannibalized my own work. So, Charley was very much a byproduct of Lorelei with a little more sass thrown in for good measure.

While they are not connected, they are a little alike. They are both contemporary paranormals set in New Mexico, but in completely different towns. But they are probably a lot alike because of my cannibalism. When DGND sold, I had to go back and rewrite the foundation of the story. Fortunately, the main story didn’t change much, just the underneath stuff.

How many books will there be in both series?

My editor wants to keep the Charley Davidson series ongoing, so there’s just no telling. I would love it to continue for quite a while longer. I adore writing about Charley and her antics. 6-8 in that series recently sold, so I know for sure there will be three more. The Darklight series will be a trilogy: Death and the Girl Next Door, Death, Doom and Detention, and Death and the Girl he Loves which will be out in October.

Have you ever been tempted to use people who’d been rude to you in real life as victims in your books? Or have there been other people you used as characters in your books?

I can say that I was so mad at the creator of the TV series Sons of Anarchy after he killed off my favorite character, that I was going to name all of my bad guys after him. But I figured people would catch on pretty quickly to who the bad guy was if I named them all Kurt Sutter. I do use a lot of my friends’ and family’s names, but they are usually quite different in the books than they are in real life.

I have so many projects started, I was having a hard time keeping them all straight, so I created a spreadsheet and listed them all. Right now I am actively writing on 27 different projects, so yes. :) I’m a fast writer, but I wish I were faster. I have a solid, writable new idea every week. 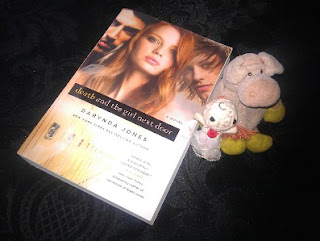 I had a launch party in my hometown with the release of First Grave. A lot of family and friends came. It was so special and I was very honored.

I can work in my pajamas.

And what do you like the least about being a published author?

There is so much more to being a published author than just writing, and sometimes I try to do too much. I am learning to say no, but so much of being published is promotion, blogging, and social networking. Finding a balance is the hardest thing I’ve ever tried to accomplish.

I always try to read. I think that reading is a big part of an author’s job. If we aren’t reading, we aren’t learning. We aren’t staying up with our field and our colleagues. I just read a great paranormal by a friend of mine, Robyn Peterman, that comes out in September, I believe. I absolutely loved it. Now I’m reading Dragon Bound by Thea Harrison. I’ve been dying to read it. I finally started it last night and OMG! It is so so so so good! I’m kicking myself for not reading it sooner.

As far as influences, I have so many. I read everyone from JR Ward and Jacquelyn Frank to Jim Butcher and Stephen Hunter. I just love books in all geners. My earliest influences were Kathleen E. Woodiwiss and Stephen King. An odd combination, but there you have it.

Ha! As much as I love pigs, I don’t have any as of yet, but I do have a middle-grade series that features a kind of creature that could be considered a zombie of sorts. (Is that vague enough for you?) I love zombie stores! I can’t wait to write that story. I’m about one-fourth the way into it. One day I’ll finish it.

I'll have to keep an eye out for that story. Thanks for dropping by!

Thank you so much for having me! 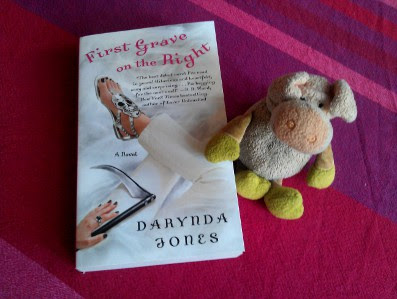 About First Grave on the Right:

Charley sees dead people. That’s right, she sees dead people. And it’s her job to convince them to “go into the light.” But when these very dead people have died under less than ideal circumstances (i.e. murder), sometimes they want Charley to bring the bad guys to justice. Complicating matters are the intensely hot dreams she’s been having about an Entity who has been following her all her life...and it turns out he might not be dead after all. In fact, he might be something else entirely.

Darynda kindly offered a signed copy of one of her Charley Davidson's books (winner's choice) for a reader of my blog.

The winner is Bube

A winner will be picked at random on October 19th.
Open internationally to everyone who's legally allowed to enter this giveaway.

Daryanda I just love your Charley Davidson series and can not wait for the next. Am glad it will continued for awhile.

I love this series. Charlie is awesome. Great interview! Everyone should read it. One word: Reyes.....Yum....

Adore the series and Charley! And Reyes. I love their interactions.

Any series with snark in is one I love to read!

One of my fave series ever!

I love this series. So funny and romantic at the same time!

Darynda Jones's Charley Davidson Series and her YA Darklight Series are DA BOMB!! I LOOOVE both series so much. I like the sass, humor, wit, characters and the style of writing. Thanks so much for this chance to win on of her fabulous works of art! :)

I love the Charley Davidson series. I'm thrilled to know more are on the way. And if you don't already know, Darynda is such a sweetheart. Check out her facebook page. She's there all the time. At least when she's not writing.

I love both series and they definitely should be on everyone's must read list!!! And Darynda...27 projects??? Really??? Get to writing lady 'cause I want them ALL!!! (nope not greedy at all, am I?)

I'm in the middle of Second Grave on the Left audiobook Lorelei King is brilliant love the series! :) Thanks for the international giveaway :D

At first I had some doubts, but after reading the first paragraph, I loved it. Its funny, steamy and I am hoping there are many, many more books to come. My mother also loves these books.

One of my fave series. Great interview!!

Absolutely love both series and can NOT wait for more!

This is a great series. I love the characters! I'm so glad my Book Worms recommended it.

I love Darynda I have to try her YA series

27 different projects at one time?? Oh My Gosh! I want to sneak into Darynda's office and peek at her work! But as much as I would love to do that, I will be patient and wait until it gets all sorted out and published as hard as that wait will be. Because I just love your Charley Davidson series and I'm just getting started on Darklight series. Thanks for the wonderful giveaway. :)

I really enjoyed the interview and I realize I really need to start this series. I have the first book on audio but haven't listened to it yet.

Love this series. Charley and Cookie's snark and joking are hilarious and Reyes is just yummy.

Great books Thanks for a chance to win one
libbydodd@comcast.net

Great books Thanks for a chance to win one
libbydodd@comcast.net

Charley and Lorelei are my two fav heroines!

I've heard so much good about this series and really want to read it.
jmcgaugh (at) semo (dot) edu

i haven't discovered her YA series yet buti'm planning to!

thank you a lot for the interview!

People rave about this series. I'm dying to find out why.

Wait a minute... 27 projects? Omg, I'm so excited about start something new of her. I love Charley Davidson series, it's actually one of my favorite and I'm trying to start her darkligth trilogy, she's such an amazing author.

This is one series I have been wanting to read for a long time. I really need to buy the first book and get started. Love the interview!

Great interview ladies, and it is kind of sad that the Darklight series is only a trilogy as it is one of the few YA series I enjoy. But, that makes room for other new series, which is good again.

I loved Fourth Grave Beneath My Feet and I can say that Darynda Jones is a genius!