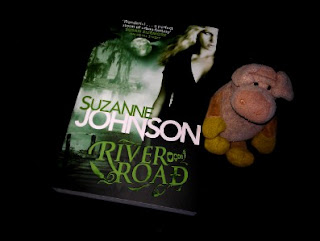 What is it about:
Hurricane Katrina is long gone, but the preternatural storm rages on in New Orleans. New species from the Beyond moved into Louisiana after the hurricane destroyed the borders between worlds, and it falls to wizard sentinel Drusilla Jaco and her partner, Alex Warin, to keep the preternaturals peaceful and the humans unaware. But a war is brewing between two clans of Cajun merpeople in Plaquemines Parish, and down in the swamp, DJ learns, there’s more stirring than angry mermen and the threat of a were-gator.

Wizards are dying, and something—or someone—from the Beyond is poisoning the waters of the mighty Mississippi, threatening the humans who live and work along the river. DJ and Alex must figure out what unearthly source is contaminating the water and who—or what—is killing the wizards. Is it a malcontented merman, the naughty nymph, or some other critter altogether? After all, DJ’s undead suitor, the pirate Jean Lafitte, knows his way around a body or two.

It’s anything but smooth sailing on the bayou as the Sentinels of New Orleans series continues.

And it's even better than Royal Street!

This book has it all: cool characters, fun situations, scary moments, intense emotions and lots of action. There were some things that I thought were easy to figure out, but mostly this is a suspenseful story with lots of twists and turns.

I loved the mermen, especially Rene, and it was cool to learn about them and other supernatural creatures. The men in DJ's life didn't make things easy for her in this book. Jake and Alex are both complex characters and each of them has his own agenda where it comes to DJ. Jean Lafitte is his usual rakish self, which includes trying to seduce DJ of course.

There were some events that didn't get a conclusion in this book, but hinted at things to come, but in a way that had me eager for the next book instead of annoying me.

All in all I devoured this book in practically one sitting and I was glad I had the next book Elysian Fields ready, because I wanted, no: needed more!

Why should you read it:
It's a really cool Urban Fantasy read.

Glad you liked River Road. I agree that it's better than Royal Street. Elysian Fields is even better. Each book gets more intense. Suzanne has her work cut out for books four and five. Team D.J..

I really really like this series! book 3 is also awesome, I want more!

^^ i found this one had more humour in it ^^ but roger and melliane are right book 3 will catch your interest and you won't be puttiong teh book don e( but then we need to wait at least oen year before book 4....will be long)

Nice review Sullivan, glad you enjoyed it. Hope you will love Elysian Fields as well :)