An Interview with Susannah Sandlin + Giveaway

We had Suzanne Johnson drop by with a cool piece of Flash Fiction not long ago. Today she drops by again, so we could interview her as Susannah Sandlin, the penname she uses for her awesome Paranormal Romances. 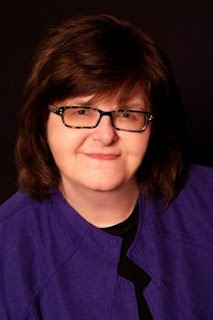 Welcome to Pearls Cast Before A McPig, Susannah.
Could you tell a bit about yourself and your books for those people who don’t know you yet?

Sure! I write both urban fantasy with a touch of romance and paranormal romance with a dose of urban fantasy. I’ve been writing fiction for only the last five years; all of my career has been spent in university publishing (which I still do). I currently live in Alabama, but consider my longtime city of New Orleans to be my hometown.

The Penton Legacy series, beginning with Redemption last June, was my first foray into paranormal romance—it’s a series set in a world in which the blood of humans who’ve been vaccinated for a pandemic is suddenly turned poisonous to vampires. So vampires are starving and on the verge of civil war. The war comes to the small Alabama town of Penton, where a group of peaceful vampires has established a kind of closed-society utopia in this little ghost town. Each book follows one of the vampire leaders and his own journey to love and forgiveness...while all hell breaks loose around them! In June, a very loose spinoff (different characters) called Storm Force was released that featured a special ops team of Army Rangers and shapeshifters working cases of domestic terrorism.

You had Storm Force released as a serial and was still writing on it when the first part released. Did this influence your writing or did you have the whole story already planned?

Writing a serial novel was a wild, wild ride! I did keep up with what comments were being made about the book by readers as each of the nine “episodes” came out (basically four chapters per episode), and I might have changed directions if everyone had hated the hero, for example, or one of the other characters. But that didn’t happen. I had mapped out the story in outline form before I started writing and, as always, I did change things as I wrote. But the general flow of the story didn’t change from my original vision for it. Everything just got ramped up really fast because of the serial schedule!

What is the future for the Penton series and its spin-off?

I’m working on a fourth Penton book and hope my publisher is interested in putting it out; if not, I’ll release it on my own because there were some things that happened in Omega, the third Penton book, that I want to explore further—the character of Cage Reynolds, for example, who was a psychiatrist for the British Army before being turned vampire. And the Native American child vampire everyone calls Hannah—I want to tell her story. I have a proposal in for another book featuring the counter-terrorism team from Storm Force, focusing on the eagle shapeshifter named, inappropriately, Robin. So...we’ll wait and see how it all comes out.

Not really—the people I know aren’t neurotic enough to be one of my characters! Okay, there was one. The only character I’ve come close to basing on a real person was Krystal Harris, the heroine of Redemption. But my lips are sealed as to who it was based on!

Are there any other projects you’re working on under this penname or thinking about starting in the near future?

Besides working on Deliverance/Penton 4, I am in the “playing around and researching” phase with a story that I’m really excited about. It might go in any of several directions—paranormal, romantic suspense, or thriller, but it involves a washed-up salvage diver, a desperate woman, evil powermongers, and the Knights Templar. What’s not to like? LOL. 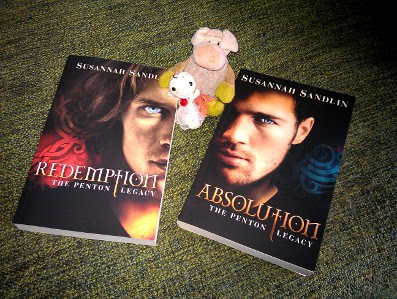 Unfortunately, it’s usually at my day job, which owns me from 7:30 each morning until about 6 each evening. So most of my writing is done nights and weekends.

My first book was an urban fantasy, Royal Street, written under the name Suzanne Johnson. It launched in New Orleans, where the series is set, so a bunch of friends (we call ourselves the “Sisterhood of the Traveling Snark”) came in from as far as New York City and we all converged on New Orleans for the launch at a local bookshop, then went with some of my good friends from NOLA to a dinner at Commander’s Palace. Beautiful memories!

When Redemption came out, my first book as Susannah Sandlin. I was working the day job and spent the evening frantically writing on the second Penton book!

It’s still a new thing for me. It’s been only a year and a half since my first book came out—what a crazy year and a half! I think the best thing is being able to meet people in person or online who’ve actually read my books (which still surprises me) and want to talk about them. I also enjoy talking shop with other authors; there’s a great online community of authors who write similar genres or live in close proximity, and I’ve made great new friends, both in person and online.

Probably the most influential author on me long-term is Stephen King. I grew up reading his books, and his mammoth novel The Stand is still my favorite book of all time. I actually finished reading an amazing book recently that wasn’t for research! It is called Wisp of a Thing, and was written by my friend Alex Bledsoe. The book is a follow-up to The Hum and the Shiver, which was hands-down my favorite read of 2012. It’s a paranormal fantasy set in the mountains of eastern Tennessee, and is just beautifully written and a mysterious story well-told.

Will there be zombies or pigs in any of your future books?

Ha! Hm.... I can’t see me writing zombies. Pigs, however...I hereby promise to put a pig in the fourth Penton book, at least in a cameo appearance! My favorite recent pig story....I was driving down the length of Florida last fall, zipping down I-75 between Ft. Myers and Naples...and there was a freaking wild pig trotting down the side of the highway! He was huge. I know I can work that into a story somewhere....

I'll be keeping an eye out for the pig :-)
Thanks for dropping by.

Thanks for having me here today! 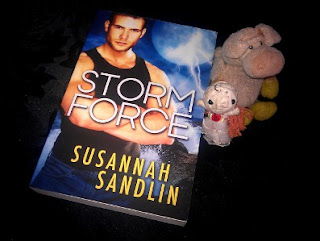 As leader of the elite counter-terrorism team Omega Force, former army ranger Jack “Kell” Kellison is always focused on getting the job done. So when a Houston high-rise is bombed and the governor killed or missing, Kell’s mission is clear: infiltrate the group suspected of the bombing and neutralize the threat by any means necessary. But once Kell meets beautiful chief suspect Mori Chastaine, he realizes there’s more to this case than meets the eye. And more to Mori than any man—any human man—could imagine.

Mori Chastaine is running out of options. Suspected for a crime she didn’t commit, forced into a marriage she doesn’t want, she sees no escape—until Kell walks through her door. A lifetime hiding her true nature warns her Kell might not be who he seems. But he could be the only one able to help save more innocent humans from becoming pawns in an ancient paranormal power play. If Mori reveals her secret, will Kell join her fight? Or will she become his next target?

Susannah kindly offered a copy of any of her 4 books (winner's choice) + swag to one reader of my blog.

The winner is Kristia

A winner will be picked at random on October 21st.
Open internationally to everyone who's legally allowed to enter this giveaway.

I've been a fan of Suzanne / Susannah since I read Chenorie a few years ago. Have followed the Sentinels of New Orleans and the Penton Legacy books from the beginning. Great series. Recommend the books whenever I can. Patiently waiting for book four. Team D.J..

i can't wait for Penton 4 and i do hope the publisher will want more storm force!

Absolutely love both series. Looking forward to Penton 4 and the pig cameo appearance!

I love Suzanne Johnson's books under both names. And I am looking forward to # 4 Thanks for sharing the wonderful post and interview. evamillien at gmail dot com

Im a new fan of her books and cant get enough! :)

Thanks for the comments, everyone--and thanks to Carien and Melliane (whose site won't let me comment for some reason) for hosting "both" of me today!

Love both series. Such a fantastic writer. I can't wait for the next Penton.

STORM FORCE is going to be fantastic. LOVED the pig story.

Not entering the contest as I already have all of her books. I recently finished Omega, and am very curious about book 4 now. So write it fast Susannah, and I do look forward to reading about a pig. The good news is, the vampires won't eat him ...