Dead Before Dying - Get it Now for Free!!!

The Dead Before Dying e-book is free until the end of the month. So go get this awesome book now! 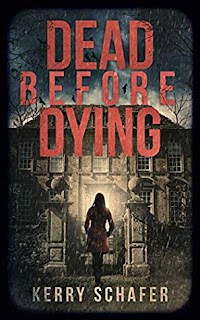 Sidelined by an on the job injury, veteran paranormal investigator Maureen Keslyn reluctantly accepts an assignment at Shadow Valley Manor, an upscale retirement facility where someone—or something—is picking off residents and staff at a grisly clip.

With her resources dwindling one death at a time and unnatural forces on the loose, Maureen’s experience fighting the supernatural provides her only hope to destroy a clever and powerful evil before everybody in the manor—and the town—winds up dead. Together with a ragtag team that includes the local sheriff, the undertaker's daughter, and the facility cook whose knife skills in the kitchen could prove deadly out of it--Maureen is on a mission to bring rest to the weary, and peace to the dead...


Get it from Amazon


This alert is brought to you by a piggy who has the previous paperback, the e-book, and will get his greedy trotters on the new paperback!