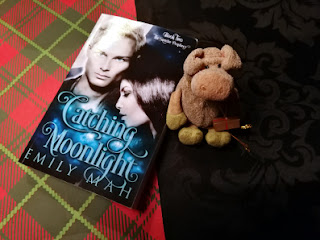 What is it about:
Corban Alexander has a dark side, and ever since a chance encounter with Liana Linacre, a girl he was supposed to protect, it's darker and more addictive than ever. Every minute of every hour of every day he fights to resist succumbing to his worst instincts. If he doesn't, he will fall, and gain the power to scourge and wreak havoc upon humanity, feeding off their pain. It would take a legion of angels to stop him.

So when he learns that Liana needs help once again, he knows he is the last person to provide it. The problem is, no one else is willing.

Corban must return to the side of the girl he loves, and pray that he is strong enough to save both her and himself.

What did I think of it:
This is a cool and suspenseful read.

The book starts about four years after the events in book one, taking this series in NA territory. The first book in this series was told from Liana's viewpoint. In this book we get to see things from Corban's point of view.

No sooner have Liana and Corban met up again or things get dicey. Someone wants Liana dead and isn't very subtle about it. Corban should bring Liana to safety, but Liana has different plans.

I loved seeing that my wishes came true: Liana's best friends were back and more involved in what is going on. I rooted for all of them to survive. The relationship between Liana and Corban is a complex one. Corban does have feelings for her, which as an angel he shouldn't have, and it looks like Liana might have moved on. On top of that Corban is drawn to negative emotions. If Liana's enemy doesn't kill them, Corban just might do it by accident.

I was invested from the start and kept reading to find out where things would lead. The ending is satisfying, but also left me eager for the next book. So you bet I'll read it soon.

Why should you read it:
It's a cool Paranormal read.