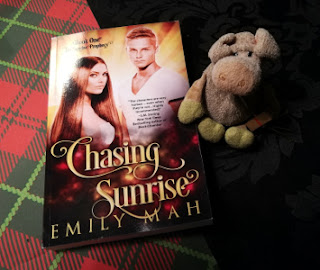 What is it about:
Liana Linacre always thought of herself as the boring good girl, because that's what she was before an alluring vampire named Evan came to her window. What begins as her fantasy romance ends with a curse that threatens her life and that of everyone she loves. No longer the pampered prep school student, she becomes an orphan on the run from dark forces that want her soul.

This lands her in Taos, New Mexico, a quirky artist colony and the home of her even quirkier Aunt Cassie, who is willing to give her a place to stay, but refuses to be an adult role model. Left on her own in a public high school serving a low income area, Liana captures the attention of the mysterious Corban Alexander. He makes it clear right away, he wants her gone, but that isn't an option for her.

The only way for Liana to survive is to outsmart the ancient evil that wants her dead.

Corban must decide if he can forgive a girl who made the one mistake he believes is unforgivable.

Only if they fight together together can they prevail in an age-old fight that evil has always won.

What did I think of it:
This is a really fun Paranormal read.

Mah gives a really original spin to the vampire mythology and I was intrigued from the start. Liana is both strong and vulnerable. Things are happening with her she can't totally understand, and on top of that she is thrown in a new life at a public school after only attending private boarding schools. It was interesting to see her adapt and realize how privileged she has been.

Her brush with a vampire lands her in hot water with Corban, a vampire hunter with secrets of his own. I really liked their interaction and was eager to find out more about him.

I loved seeing Liana make friends and even though her two new friends have a minor role in this book I am looking forward to see this friendship develop and hope her friends will have a bigger role in the next books in this series. I also enjoyed getting to know Taos and the people who live there.

All in all this is a really cool read and you bet I'll be reading the other two books in this trilogy as well.

Why should you read it:
It's a cool Paranormal YA/NA