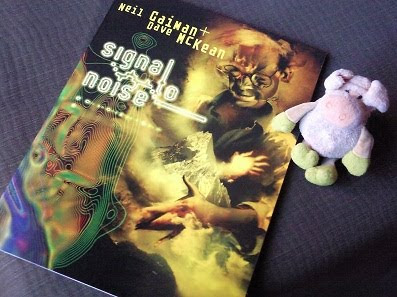 What is it about:
Somewhere in London, a film director is dying of cancer. His life's crowning achievement, his greatest film, would have told the story of a European village as the last hour of 999 A.D. approached - the midnight that the villagers were convinced would bring with it Armageddon. Now that story will never be told. But he's still working it out in his head, making a film that no one will ever see.

What did I think of it:
I love this graphic novel. Gaiman writes a moving, emotionally intense story about life, death and hope. McKean's diverse and original artwork fits this story perfectly giving it an extra dimension. I read this graphic novel for the first time over 15 years ago and was blown away by it. Rereading it now after so many years it still speaks to me just as much as it did that first time. I can advice this book to anyone who loves Gaiman's writing.

Why should you read it:
It's got a beautiful story and awesome artwork.