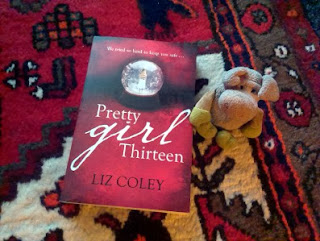 What is it about:
Angie Chapman was thirteen years old when she ventured into the woods alone on a Girl Scouts camping trip. Now she's returned home…only to find that it's three years later and she's sixteen-or at least that's what everyone tells her.

What happened to the past three years of her life?

But there are people who do — people who could tell Angie every detail of her forgotten time, if only they weren't locked inside her mind. With a tremendous amount of courage, Angie embarks on a journey to discover the fragments of her personality, otherwise known as her "alters." As she unearths more and more about her past, she discovers a terrifying secret and must decide: When you remember things you wish you could forget, do you destroy the parts of yourself that are responsible?

What did I think of it:
I'm not sure how this book ended up on my wishlist, but I do know I thought it was a Paranormal YA thriller.

That is not the case!

This is a contemporary YA about a girl who gets kidnapped at age 13, and 3 years later she turns up again with no memory of what happened. The book is about how she slowly regains some of her memories and how she comes to terms with herself and what happened.

That being said: although I was thrown at first by the subject of this book, it is a really beautiful read. I was gripped by Angie's ordeal from the start, and kept rooting for her to reclaim her memories and to conquer her problems.

Th story is intense, emotional and dark at times. The things that happened to Angie are most of the time merely hinted at, but in such a way that it was more powerful than when it would have been openly flashed in the reader's face. I will confess there were scenes and revelations that made me sniffle.

All in all this was a surprising and beautiful read for me. Coley handles subjects like trauma, kidnapping, and abuse with care and makes this an emotional story about surviving, courage and hope. I will most certainly keep an eye out for more books by Coley.

Why should you read it:
It's a beautiful and emotional Contemporary YA read.

Just added it to my "to be read pile." Thanks for sharing!

Ooo... this sounds intriguing. I'll look out for it. Thank you for the review

No this is not for me, it sounds like evil things happened in real life.

Thanks everyone.
@Aurian: yup!