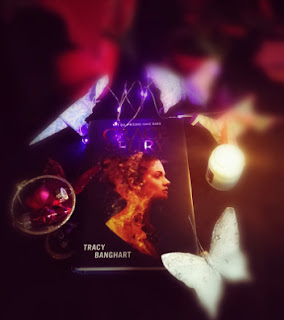 What is it about:
In a world where women have no rights, sisters Serina and Nomi Tessaro face two very different fates: one in the palace, the other in prison.

Serina has been groomed her whole life to become a Grace - someone to stand by the heir to the throne as a shining, subjugated example of the perfect woman. But when her headstrong and rebellious younger sister, Nomi, catches the heir's eye, it's Serina who takes the fall for the dangerous secret that Nomi has been hiding.

Now trapped in a life she never wanted, Nomi has only one way to save Serina: surrender to her role as a Grace until she can use her position to release her sister. This is easier said than done. A traitor walks the halls of the palace, and deception lurks in every corner. But Serina is running out of time, imprisoned on an island where she must fight to the death to survive and one wrong move could cost her everything.

What did I think of it:
This book was even better than I hoped it would be.

I liked that there wasn't a twisted relationship between Serina and Nomi where the oldest seems to think she can decide what is best for the younger. Instead they were evenly matched. Both thought the other was not doing things as they should, but apart from some griping they weren't too much into each other's face. I liked both of them from the start and was invested in both their stories.

Once the two are separated both have their own problems. Serina has to literally fight for her life, while Nomi must take care to not make a wrong step in the political dance she gets involved in. Both are out of their normal element and must adapt to survive. I loved reading how they cope.

I will confess that at a certain point in Nomi's story I had an idea of what I wanted to happen and of what I thought would happen based on my experience with other YA books. For once I was pleasantly surprised though, and the conclusion of this book was everything I could have hoped for. You bet I'll be eagerly awaiting the next book.

Why should you read it:
It's a wonderful and suspenseful YA Fantasy.