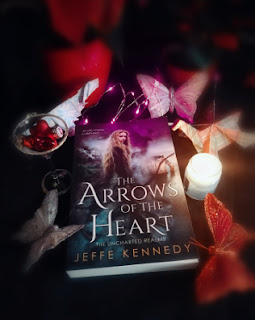 What is it about:
A STRANGER’S FAITH

As the Twelve Kingdoms and their allies are drawn toward war, a princess cast aside must discover a purpose she never dreamed of…

Karyn af Hardie behaved like a proper Dasnarian wife. She acquiesced, she accepted, she submitted. Until her husband gave her a choice: their loveless, unconsummated royal marriage—or her freedom. Karyn chose freedom. But with nowhere to run except into the arms of Dasnaria’s enemies, she wonders if she’s made a mistake. She wants love, security, a family. She can’t imagine finding any of it among the mercurial Tala.

Worst of all is Zyr. The uninhibited shapeshifter is everywhere she looks. He’s magnetic, relentless, teasing and tempting as if she’s free to take her pleasure where she wishes. As if there isn’t a war rising before them, against a vile and demanding force far stronger than they. But with Karyn’s loyalty far from certain, Zyr offers her only chance to aid the defense—a dangerous gambit to seek out a land not seen in centuries, using clues no one can decipher. Together, they’ll have every opportunity to fail—and one chance to steal something truly precious…

What did I (and Voodoo Bride) think of it:
If you've paid attention you know by now that Jeffe is one of my favorite authors, and I love her books. So it can't be a surprise that I got my greedy trotters on this book early and already read it (twice). Still I'm eager to get hold of a print copy to add to my keeper shelves.

This book is awesome!

Karyn and Zyr are great together. Karyn is on her own for the first time in her life, unused to making decisions for herself, and unused to handsome men flirting with her. For Zyr flirting with pretty girls seems to be as natural as breathing, but let me tell you: there is so much more to him than what he shows on the outside. I loved their banter, and the growing attraction between them. Voodoo Bride wants me to add that Zyr is the yummiest of all the yummy men in this series, and he is totally her favorite.

Next to the delicious romance there is a very cool action storyline. Karyn and Zyr are looking for a lost land, but others are seeking it as well. There is danger, and the things the two of them encounter and endure are creepy and disturbing. I was rooting for them to stay alive. I could wax poetic about all the cool and creepy stuff in this book, but it would be too spoilery though.

This being a Fantasy Romance there is a very satisfying end to this book, but the problems for the Twelve Kingdoms aren't over yet, so I'm eagerly awaiting the next book in this series, both hoping that everyone gets a happily-ever-after, and hoping that the happily-ever-after will take many books to reach.

Why should you read it:
It's a delicious Fantasy Romance