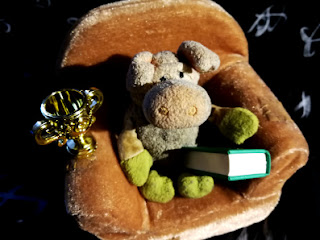 Get your nomination or vote in before the end of May!
I'll be announcing the winners in June.

Best Urban Fantasy:
- Shrill Dusk by Helen Harper
- Three Mages and a Margarita by Annette Marie
- How to Save an Undead Life by Hailey Edwards
- The Burned Spy by K.A. Krantz
- River Road by Suzanne Johnson

Most Swooniest Romance:
- A Princess in Theory by Alyssa Cole
- More Than Comics by Elizabeth Briggs
- Dangerous by Minerva Spencer
- Duke of Sin by Elizabeth Hoyt
- The Arrows of the Heart by Jeffe Kennedy