So Close to You - Book Review 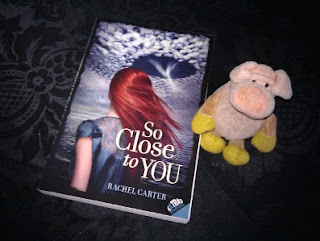 What is it about:
Lydia Bentley doesn’t believe the rumors about the Montauk Project, that there’s some sort of government conspiracy involving people vanishing and tortured children. But her grandfather is sure that the Project is behind his father’s disappearance more than sixty years earlier.

While helping her grandfather search Camp Hero, a seemingly abandoned military base on Long Island, for information about the disappearance, Lydia is transported back to 1944—just a few days before her great-grandfather’s disappearance.

Lydia begins to unravel the dark secrets of the Montauk Project and her own family history, despite warnings from Wes, a mysterious boy she is powerfully attracted to but not sure she should trust.

What did I think of it:
This is a frustrating read.

I will confess I couldn't stand Lydia.
She's rash and unthinking. She just blunders on into danger without thinking about the consequences.

And it's not as if she isn't warned. Wes keeps warning her, she just choses not to listen and keeps on doing what she wants, because she's convinced that like a cat she will land on her feet no matter what she does.

So... with a heroine like that you can see disaster coming from miles away. I felt frustrated for most part of this book. That I kept on reading was because of other characters that had me intrigued and because I was curious what kind of trainwreck Lydia would end up in. And on that part the book doesn't disappoint I might add.

All in all this book frustrated me and left me feeling underwhelmed. I don't think I'll read any more books in this series.

Why should you read it:
It has fun characters and a decent time travel theory.

I am sorry you are disappointed in this book, I am sure I would have stopped reading after the second TSTL decision.