An Interview with Carolyn Crane + Giveaway

Today Carolyn Crane visits our blog to answer questions about her books, self publishing, obscure characters and more. 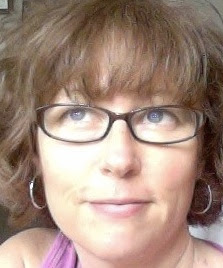 Welcome back to Pearls Cast Before A McPig.
Could you tell a bit about yourself for those people who don’t know you yet?

Hey Sullivan McPig! Thank you so much for having me here. Okay, a bit about me…I write plotty, sexy books in different genres, including the Disillusionists trilogy (urban fantasy) Code of Shadows (PNR cross genre) Super dirty books about bank robbers (as Annika Martin) and most recently, The Associates (romantic suspense). I guess you could say I don’t like to stick to one genre. I live in Minneapolis (flyover country, USA), I love Mexican food and cheese plates and staying up late lost in a book, and I am really going to try hard to be a less neglectful gardener this year.

What projects are you working on at the moment?

I’m finishing up the second in my romantic suspense series – a standalone book about a spy who is a linguistics expert. I am happy to report that after hating it and fighting with it for several months, I now freakily love it, though you never know when that will change again.

Are there any other projects you’re thinking about starting in the near future?

Hah! I think my problem is too many projects, considering I have four series going. Though yes, now that you ask, lovely McPig, I have a high concept adventure series in mind. Lol. But I am not letting myself start it for a while.

I think different paths are good for different people. I love self pubbing, and being in control, and I feel like I’m finally just getting the hang of it, so I’m going with it, and I definitely look at it as more a marathon than a sprint.

I think going with a traditional publisher can be smart in some instances, though. For some people, it’s a good way to get their name out there, or they just don’t want to do things on their own. I still have an agent who I really love working with, and I don’t rule it out for myself, certainly. I do think authors deserve more from publishers, though. 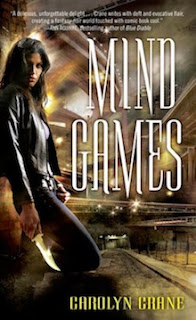 Have you ever been tempted to use people who’d been rude to you in real life as victims in your books? Or have there been other people you used as characters in your books?

That is a good question. I have modeled people on real life people. Early on, I was super paranoid that they’d recognize themselves. But, I have come to learn that, at least with me, the real life person is more like scaffholding, and the true person who emerges in a book is always their own person. So, I don’t worry. I have never used real people as victims, though as an ex-waitress, I will confess to putting my fair share of angry, angry cooks in books. Because in all the restaurants I worked at, cooks were always so angry…or was it just that they were angry at me?

Since fiction writing and my livelihood (marketing writing/advertising) happens at this desk, I’m rarely away from it. (My husband often complains that I never stop staring at THE GLOWING RECTANGLE!!) Though I do love running. And, I have a little garden I tend. Yeah, I’m exciting like that.

If you could meet any characters in your book, who would it be and why?

Ooh! I have a secret thing about my character Simon from the Disillusionists. I tend to live a stable life, and I would love him to take me on a wild adventure. I also like Angel, my safecracking heroine from Against the Dark. I would totally go out to coffee with her!

If you could, would you change places with any of your characters?

Probably not, though if I had to change places with any one…hmmm, again, maybe Angel my safecracking heroine. She has a really cool life these days. Though Justine would be good to trade with, too because, er…Packard. And, powers.

I so should! Just for you. I have to check to see what he was a professor of again…I think applied physics. Oh, you are so funny with your Professor Teufelsdrockh!!

Hey, I cant help I'm a fan of Professor Teufelsdrockh! He's just awesome.
Thanks for dropping by today. 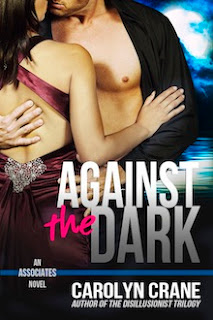 About Against The Dark:

SHE’S AN EX-SAFECRACKER FORCED INTO ONE LAST HEIST

Angel Ramirez left the safecracking game five years ago, and she’s worked hard to make amends and build an honest life. But when a beloved aunt is kidnapped, she must reunite with her girl gang to acquire the unique ransom: Walter Borgola’s prized diamonds. It’s a simple job that turns into a nightmare, thanks to a surprisingly clever—and searingly sexy—security guard named Cole Hawkins.

Cole is one of the Association’s most brilliant agents, under deep cover investigating a ruthless killer. He’s also running out of time: hundreds will die if he doesn’t stop the plan Borgola’s set into motion. Catching Angel is the break he needed--he promises not to turn her in if she poses as his lover and uses her unique talents to unlock the sociopath’s dungeon vaults.

But as pretend passions turn real, Cole regrets drawing Angel into his deadly game…and danger is closer than either of them could ever imagine. And now for a giveaway!

And the winner is Stephanie!

A winner will be picked at random on September 13th.
Open internationally to everyone who's legally allowed to enter this giveaway.

Thanks so much for having me over to your blog!!! Fun to be here!!

I always love having you drop by! :-)

I've read Mind Games and loved the action and suspense of it. Ill definitely have to pick up Against the Dark. Love Professor Teufelsdrockh, now that name takes imagination lol.

Mind Games is an amazing book. I have reread it a couple of times now and it stays excellent!

Thanks for the fun interview! I will have to start reading Mind Games one of those days. And your romsus series sounds good as well.

I love the Disillustionist trilogy! Such a refreshing take on UF. Justine was such a unique heroine and Packard..yum. The secondary characters were fantastic too. ;)