An Interview with Jeffe Kennedy

Today Jeffe Kennedy visits our blog. Jeffe is the author of the A Covenant of Thorns series and the upcoming Twelve Kingdoms among others. 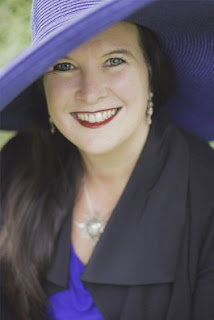 Could you tell a bit about yourself and your books for those people who don’t know you yet?

What can you tell us about the upcoming Twelve Kingdoms series? Will it have pigs?

Exciting things are happening with Twelve Kingdoms! This is a trilogy that will be coming out in trade paperback beginning June 2014. It’s sounding like the first book will be called The Mark of the Tala. That’s not for sure, but it’s looking promising! It’s also entirely possible the next two books will be called The Tears of the Rose and The Talon of the Hawk. The trilogy follows the three daughters of the High King, the Heir, the Beauty and the Middle Daughter. The Mark of the Tala is the middle princess’s story.

No pigs, but there will be a prequel story, Negotiation, out now in the Thunder on the Battlefield anthology.

Well, yes and no. I more use certain elements of them. The heroine in Ruby is based physically on a gal I work with, because she has an unusual kind of beauty, but isn’t that much like her personality-wise. I often draw from various conflicts people face – like certain family issues. But my characters always end up being their own people. 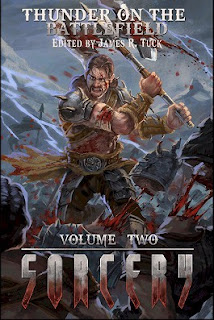 If you could meet any characters in your book, who would it be and why?

Hmm. I think I’d meet Rogue from Covenant of Thorns. He’s very mysterious and compelling to me. After that, it might be Bobby Prejean from Ruby. I’d let him cook for me—and do whatever else he wanted to!

In my armchair, reading? Or on the front or back patio if the weather is nice.

That was my essay collection, Wyoming Trucks, True Love and the Weather Channel, back in 2004. I lived in a small town in Wyoming then and my best friend managed the local indie bookstore. We had a launch party and signing. Tons of people came and we adjourned to our favorite bar afterwords. It was great fun.

Thanks for dropping by. Voodoo Bride and I are looking forward to get our hands on a print book of yours so we can finally hug it. 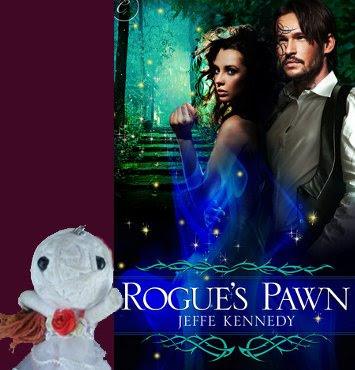 This is no fairy tale…

Haunted by nightmares of a black dog, sick to death of my mind-numbing career and heart-numbing fiancé, I impulsively walked out of my life—and fell into Faerie. Terrified, fascinated, I discover I possess a power I can’t control: my wishes come true. After an all-too-real attack by the animal from my dreams, I wake to find myself the captive of the seductive and ruthless fae lord Rogue. In return for my rescue, he demands an extravagant price—my firstborn child, which he intends to sire himself…

a new discovery ( once more^^)i'm really enjoying this event, seeing new side of athor i already know and discovering some i really want to learn more about

Great to meet you Jeffe Kennedy. I like the hat. Thank you for a great interview.

Thanks for the nice interview! I am really into fantasy romance lately, I will have to investigate this series. But, only if they are in print ...