An Interview with Kristen Callihan 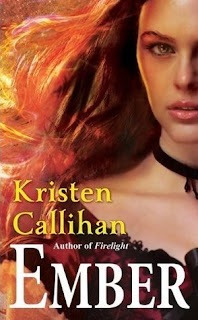 Welcome to Pearls Cast Before A McPig, Kristen.
Could you tell a bit about yourself for those people who don’t know you yet?

Hmm… well, I am a writer, a reader, a wife, and a mother. Though the order of importance changes depending on the situation. I love to travel and may have a a wee bit of an addiction to coffee.

How would you describe the Darkest London series?

The Darkest London series is set in London during the 1880s. I like to call the books Gaslamp romances, which combine elements of paranormal, horror, mystery and romance.

How many books will there be?

As of now, I am contracted up to seven books. Shadowdance (book 4) releases in December. Then we’ll have Evernight (August 2014), Soulbound (TBA) and book 7, which doesn’t yet have a title. :)

No, I don’t think I could do that to anybody, lol. Besides, it would be too hard to let the character and the plot develop if I had an actual person in my head as I wrote. I have, however, used the names of friends and family on occasion. For instance, Archer’s ship in Firelight is named after my sister Karina. She likes to point out that I sank her in the Atlantic. Lol.

There are always stories that I’m itching to tell. Finding the time to write them is another story. ;-) 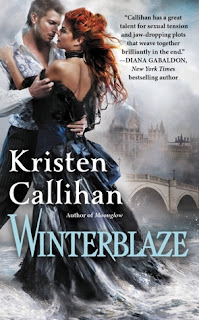 Reading, or hanging out with my family.

My husband surprised me with a party. It was lovely and my editor even came down from New York to join us.

People read my books. Because the story really doesn’t live until someone reads it. On the heels of that, I get to entertain people. And meeting other authors is a huge perk. It’s always nice talk to people who do the same thing you do.

Diana Gabaldon was a huge influence on me as an author. She was always answered any questions I had in regards to craft. Her books taught me that, yes, you can write a story that doesn’t stick to any one genre.

You know, pig zombies might be kind of cool. They could run amok, causing wide-spread panic throughout the populace. Lol. Come to think of it, there are zombies in Winterblaze and I do believe a pig or two slows down London traffic in Firelight … Or maybe it was sheep. I can’t remember anymore.

Thanks for dropping by Kristen, and I'll have to get out my copy of Firelight to check if it were sheep or pigs. 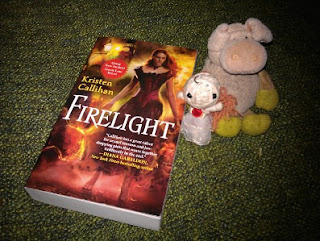 Miranda Ellis is a woman tormented. Plagued since birth by a strange and powerful gift, she has spent her entire life struggling to control her exceptional abilities. Yet one innocent but irreversible mistake has left her family's fortune decimated and forced her to wed London's most nefarious nobleman.

Lord Benjamin Archer is no ordinary man. Doomed to hide his disfigured face behind masks, Archer knows it's selfish to take Miranda as his bride. Yet he can't help being drawn to the flame-haired beauty whose touch sparks a passion he hasn't felt in a lifetime. When Archer is accused of a series of gruesome murders, he gives in to the beastly nature he has fought so hard to hide from the world. But the curse that haunts him cannot be denied. Now, to save his soul, Miranda will enter a world of dark magic and darker intrigue. For only she can see the man hiding behind the mask.

Wow, zombie pigs, that sounds pretty interesting, I'll be watching for them in the next book. :D

A surprise party to celebrate the release of your first book seems like the perfect kind of celebration! It makes it even more special. :)

I really LOved firelight!!but i still need to continue the series^^

I am really glad that the series is continuing with seven books, what fun. I have Firelight and Ember and cannot wait to continue the journey :) Okay - I just cannot stop myself - ZOMBIE PIGS!!!!!!!!

I have the first yet haven't read it yet; after reading the comments, I guess I should start!

Love, love, love this series! Thanks for sharing :)

Thanks for the nice interview! I enjoyed reading it.

I've read the whole Darkest London series and I've loved it, I can't wait for Shadowdance. Firelight was by far my favorite though. Miranda and Archer were fantastic together and their story was beautiful.

The Darkest London books have such gorgeous covers and pretty names . *weakness* Love the blend of paranormal and historical. Thank for the interview!